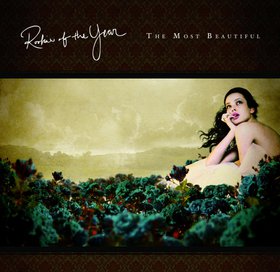 Pop emo outfit Rookie of the Year started as a solo acoustic project in the style of Dashboard Confessional, but quickly turned into a proper band by their second album. Rookie of the Year began in 2004 when Fayetteville, NC, native Ryan Dunson wrote and recorded the solo album Having to Let Go. After the album’s initial self-released run, Dunson signed to the indie One Eleven Records, which reissued Having to Let Go with new cover art. In the meantime, Dunson assembled a full-band lineup of Rookie of the Year for touring purposes, backing his own vocals and acoustic guitar with Mike Kamerman on electric guitar, Pat Murphy on bass, and T.J. Holt on drums. The new and improved Rookie of the Year debuted in the spring of 2006 with The Goodnight Moon, which also featured new guitarist Brandon Schade. The newly expanded five-piece joined the summer 2006 edition of the Vans Warped Tour following the album’s release.