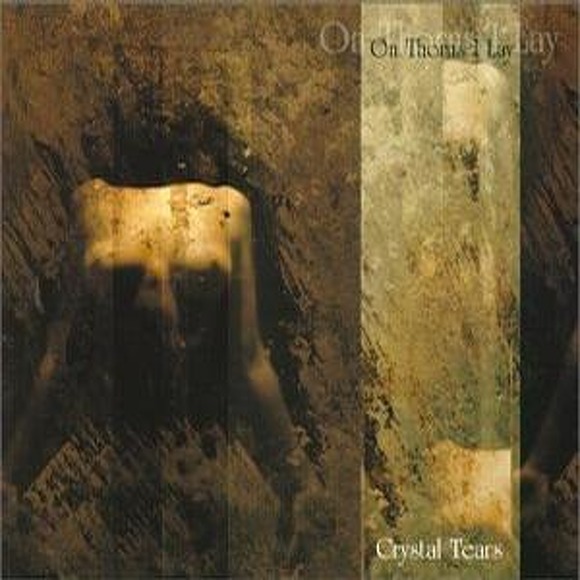 Originally named Phlebotomy, Greeces On Thorns I Lay started out in 1992, recording a demo and a 7 EP under that name before making the name-switch in time for their 1995 debut album, Sound of Beautiful Experience. Heavily influenced by death/doom metal acts like Paradise Lost and Anathema in their infancy, On Thorns I Lay would evolve along a similar path as these bands over the course of subsequent albums Orama (1997), Crystal Tears (1999), and Future Narcotic (2000), eventually arriving at a far less extreme brand of hard rock, infused with melancholy and atmospheric Gothic nuances. During this time, founding members Chris Dragmestianos (guitar) and Stefanos Kintzoglou (bass), collaborated with numerous henchmen, actually relocating to Romania in 1995 for their graduate studies, and working with Elena Doroftei (vocals/viola), Ioanna Doroftei (piano/keyboards), and Andrew Olaru (drums), before returning home to Athens in the year 2000. After welcoming new members Minas G. (guitars/vocals), and Fotis (drums), and hooking up with Black Lotus Records, On Thorns I Lays next releases, 2001s Angeldust and 2003s Egocentric, carried on exploring their self-labeled Pure Depressive Metal.