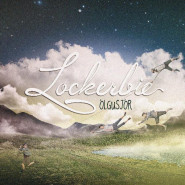 lockerbie简介：Characterized by themes drawn from the Icelandic post-rock movement, Lockerbie is a bit independent act that mixes the usual pop/rock and powerful but ambient post-rock together in an interesting way. Lockerbie was formed in January 2008 and gained a small fame immediately performing a lot with For a Minor Reflection and Soundspell until they took a one year pause in the spring of 2008. Back together, more powerful than before, the members started playing together again and won the Studio Syrland/Ros 2 summer competition. Lockerbie is known for big, melodic and epic songs with interesting, poetic, and yet comfortable lyrics in icelandic that matches perfectly with the beautiful melodic piano sound that the band is also known for.