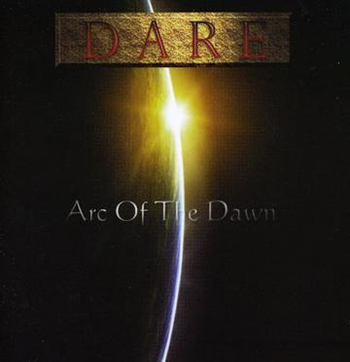 Dare was formed in 1985 by Darren Wharton after Thin Lizzy had broken up. By 1987 Dare had gained a local following in Oldham and they were offered deals from A&M, RCA and MCA records. The band’s debut, Out of the Silence, was released in 1988 on A&M Records. Dare had minor success in Europe, but album sales flagged and the band was dropped from their label after their second album Blood from Stone.
The band continues to this day, but have departed from their hard rock and melodic rock roots and now feature a heavy Celtic influence.

Dare are also notable for featuring Brian Cox in their original lineup. Cox played keyboards on the Out of the Silence record, before earning a first class honours degree in Physics. He is now better known for his work in particle physics and his presenting work on science programmes on BBC television and radio.
Dare will appear at the Firefest Festival on October 2010.