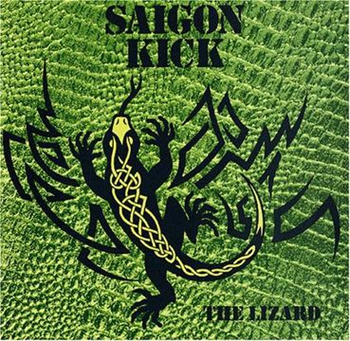 Hard rockers Saigon Kick formed in Miami in 1988 with a lineup including Matt Kramer, Jason Bieler, Tom DeFile and Phil Varone. The band played around the region, and signed with Third Stone/Atlantic in 1990. Saigon Kick’s self-titled debut LP did okay, but the following year’s album, The Lizard, broke the band with the number-12 single “Love Is on the Way”. Just months after the group’s success, Tom DeFile left, later to be replaced by Chris McLernon for 1993’s Water. The album proved disappointing, and Saigon Kick — still immensely popular in Asia — found themselves without an American contract in 1994. The band’s fourth album, Devil in the Details (1995) was finally released in America by CMC International. Bastrds followed in 1999.