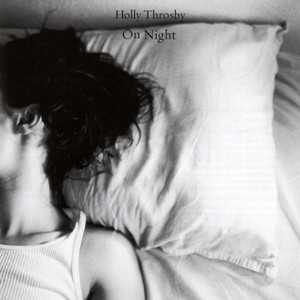 A singer/songwriter from Australia whose simple but eloquent vocal style and elegant, deeply personal lyrics have made her a cult heroine at home and abroad, Holly Throsby was born and raised in Sydney, where her mother was an announcer for one of the nation’s leading radio outlets for classical music. Throsby worked in a video store and traveled extensively before she teamed up with producer Tony Dupe to record her debut album, On Night, featuring a handful of songs she wrote during a sojourn in Austin, TX. Recorded in a deliberately spare and casual manner with a handful of friends accompanying Throsby (and the sounds of birds occasionally audible through the open windows), On Night was cut at a studio in Dupe’s home near New South Wales’ Saddleback Mountain when Throsby was 24. Released in late 2004 by the influential indie label Spunk Records, On Night’s uncluttered but emotionally resonant songs made a major impact with critics, and Throsby found herself sharing stages with the likes of Bonnie “Prince” Billy, Joanna Newsom, Hayden, and Devendra Banhart. In 2006, Throsby returned to the studio with Dupe to record her second album, Under the Town, which featured a larger ensemble of accompanists but maintained the intimate feel of the debut. Reviews were again enthusiastic, and Throsby launched a U.S. tour opening for former Slint and Tortoise guitarist David Pajo.