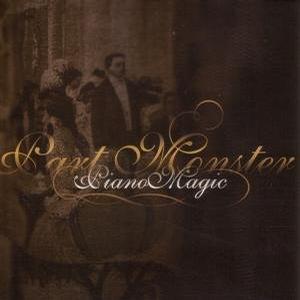 Due to a wide range of influences, restless/relentless creative energies, and a supporting cast that’s too numerous to list in full, random peeks into the catalog of the Glen Johnson-helmed Piano Magic — from super limited-edition singles on Spanish independents to full-length soundtracks — rarely result in the same thing twice. Started in the mid-’90s by Johnson, Dominic Chennell, and Dick Rance with the intention to base their recordings around a small nucleus and whomever would like to contribute — using 4AD founder Ivo Watts-Russell’s This Mortal Coil as something of a template — the material released by Piano Magic has ranged from arty baroque pop to childlike electronic knob-twiddling and whatever points you can and can’t think of in between. The lone thread running through Piano Magic’s records, aside from Johnson’s presence, is a sense of wistfulness. Johnson has explained his desire to soundtrack memories, and with that, Piano Magic has found their niche.